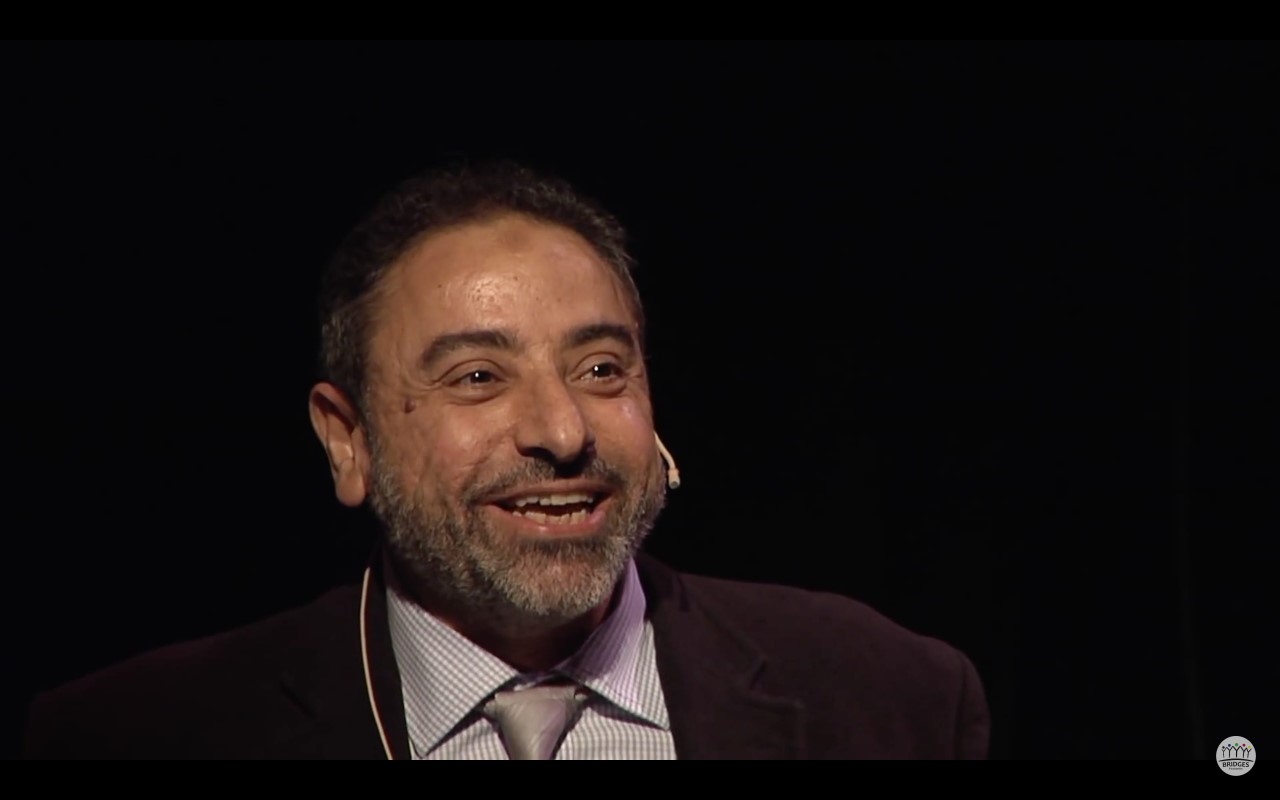 Fadel Soliman was born in 1966 in Egypt. He received his Master’s degree in Shariah in 2008. Besides being an electronics engineer, Fadel Soliman is an international speaker, orator, film maker and presenter of Islam. He started the Bridges Foundation in 2005, with the aim of connecting people from different backgrounds, especially bridging the gap between Muslims and non-Muslims after 9/11.

Fadel Soliman has made 3 documentary films about Islam. The series of films are called “The Fog is Lifting”:
Part 1 is entitled “Islam in Brief” which is translated to 31 languages, and explains the main beliefs, pillars and concepts of Islam in 77 minutes.
Part 2 is entitled “Jihad on Terrorism”, which is translated to 17 languages and explores the root causes of Terrorism as well as it explores whether the word Jihad is a synonym of Terrorism or are they different, the documentary was filmed in 7 countries, launched in 2009 in Hong Kong university and its duration is about 99 minutes.
Part 3 is entitled “Islam in women”, which is translated to 12 languages and explores the secret behind the phenomenon that the majority of converts to Islam are women despite the negative propaganda that it oppresses women and discriminates against them, the documentary was filmed in 11 cities in 9 countries, it was launched in London in 2014 and its duration is 85 minutes.
Contact Imam Fadel : director@bridges-foundation.org 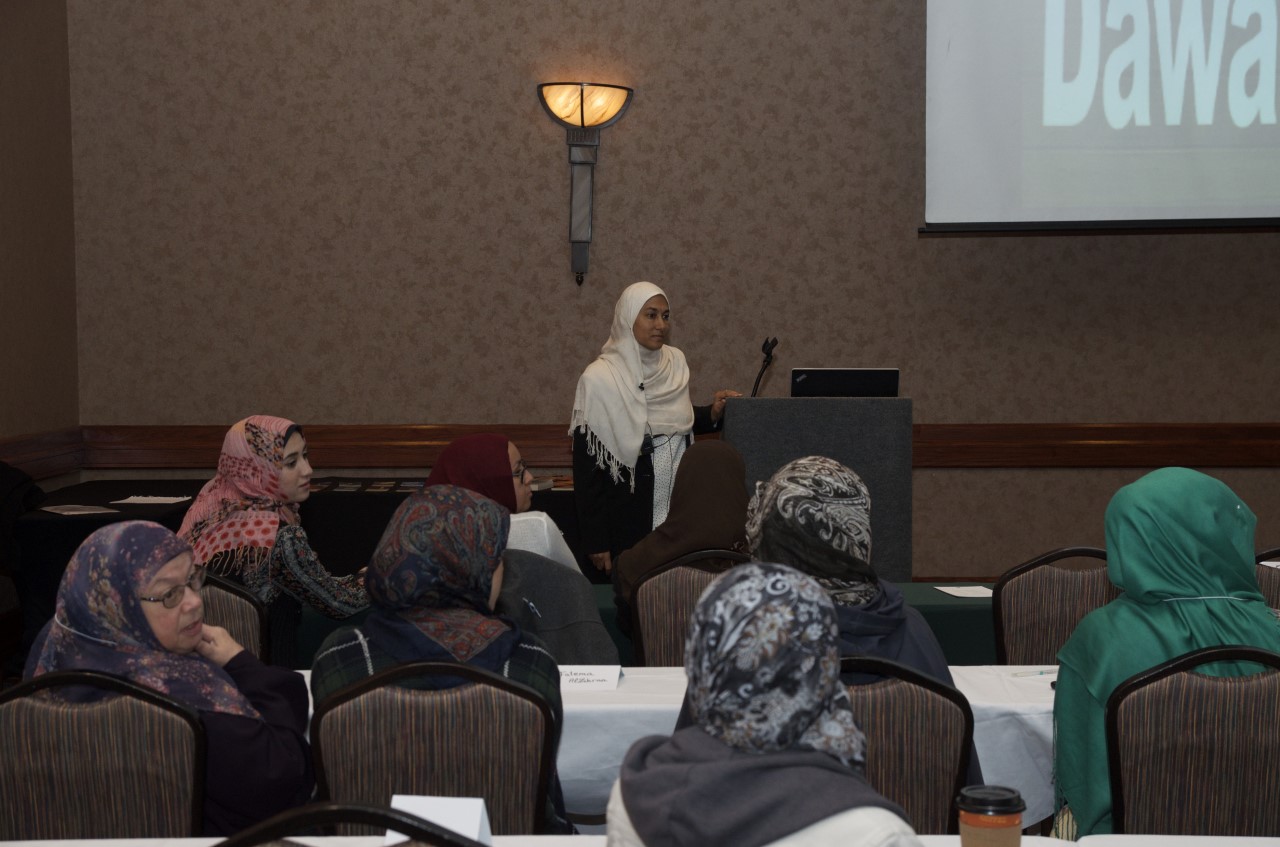 Mona Dakrouri was born in Chapel Hill, North Carolina and raised in Cairo, Egypt. Since completing her training certification with the Bridges Foundation and her Master’s in Divinity, Islamic Studies in 2007, she has been involved in interfaith activities throughout North Carolina and the United States. Mrs. Dakrouri has sat on the board of the Triangle Interfaith Alliance, taught introduction to Islam at Duke University, as well as building bridges through interfaith work with various churches, synagogues and interfaith groups around her community. Mrs. Dakrouri also leads the Muslim American Society (MAS) Interfaith committee and organizes dialogue-centered interfaith events and workshops on how to present Islam.

When asked about the Bridges Foundation, Mrs. Dakrouri says, “the Bridges foundation gave me tremendous momentum and confidence to present Islam to interfaith group and for nine years, I have utilized the tools and training in my work. I look forward to re-energize my work through Bridges in 2016 and beyond.” 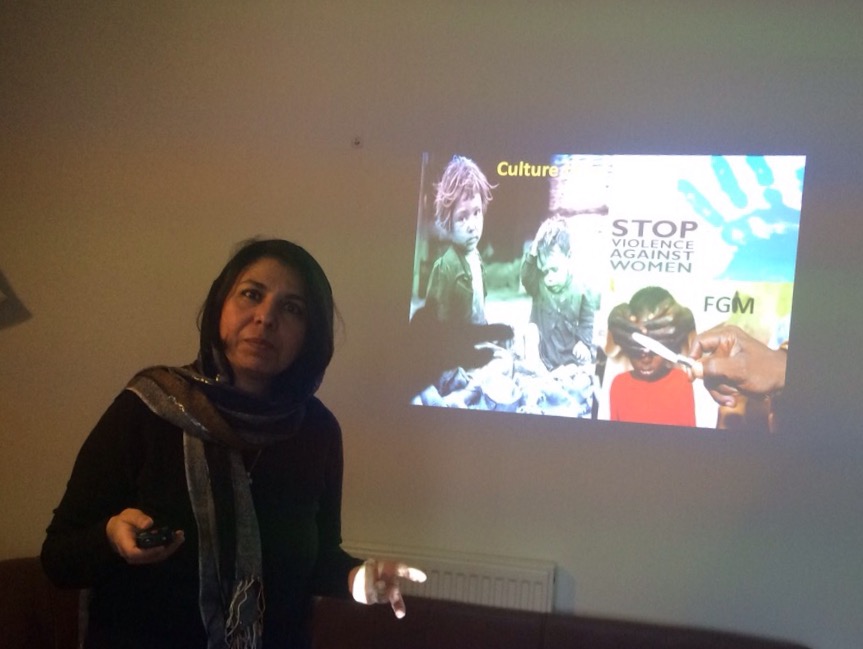 Abir Wahich was born and raised in Damascus Syria.In 1992 Abir Wahich graduated from the Syrian Hotels & Tourism training center,and then worked as a tourist guide for 13 years before moving to Wales in 2003.In order to provide a cultural link between British people and Syria,Abir started a tour company called Bridge to Damascus in 2007.That also involved organizing cultural tours to Syria and running cultural events in the UKto promote Syria, Arabs & Islamic culture.

Abir is also interested in improving the lives of women everywhere in the world.Therefore she is a member of International Soroptimist Organisation that works internationally to Educate, Empower and Enable women to leadership.She has taken some courses to enrich knowledge and gain better skills for the sake of achieving targets such as the Women Engendering Change & Active Citizen courses.

Abir Wahich is married to a British Muslim, and they have 2 lovely daughters,both speaking Arabic, English and some Welsh.The current war in Syria has changed her life.”I was unable to share my love for Syria whilst being bombarded with images of the destruction of homes and lives. I realized that the best way to express my feelings was to speak for the truth of Islam.This is not to only defend Islam, but it is to talk about the role of Islam in the well-being of all communities. We can see how hatred, fear and ignorance have driven conflicts and the best way to avoid the consequences of hatred, fear and ignorance is through knowledge and signposting where to find knowledge.”

By fate Abir found out the work of Mr. Fadel Soliman.Last year she started the training from Bridges Foundations on how to“Present Islam to Non Muslims”. She certainly enjoyed and benefited from the training, because it offered more than a sound understanding of Islam.It provided very useful tips and techniques on how to engage with an audience, how to communicate clearly by the choice of words, ideas and images.Now Abir Wahich is a bachelor student of Islamic Studies, which will give her more knowledge of Islam and help deepen the experience of Islam. 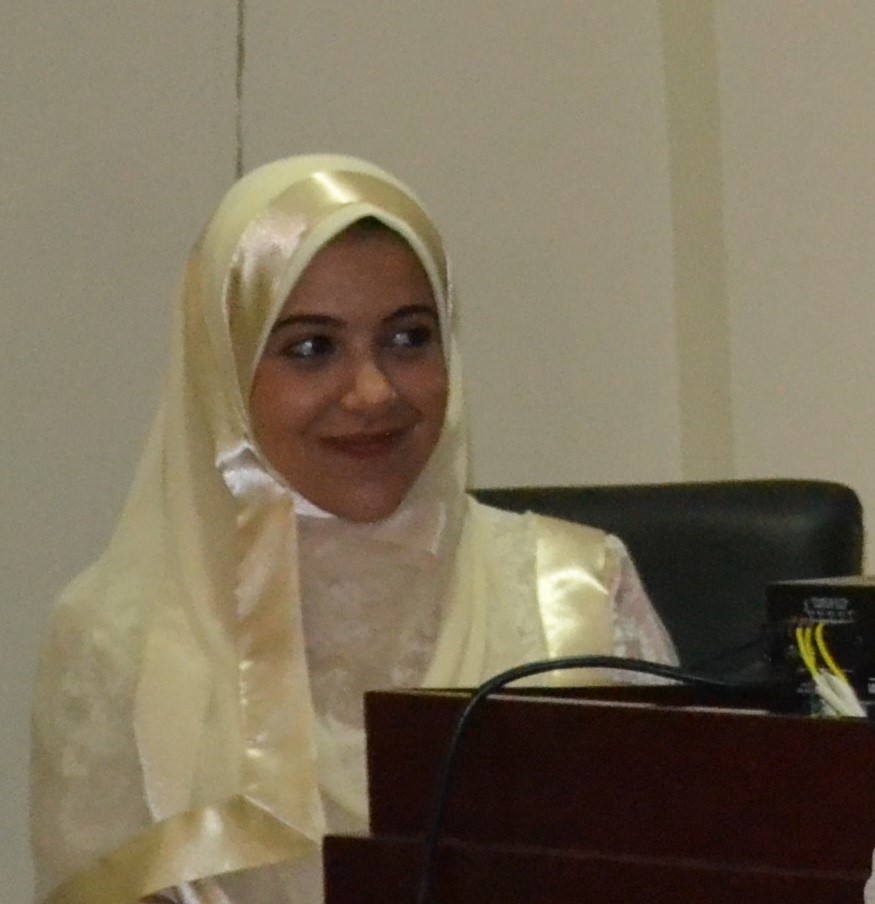 Yomna el Tayeby was a member of the “Culture’s Dialogue Team” in “Geal el Amal Charity Organization” from 2006 to 2010 in Alexandria, Egypt. “Our mission was to learn and practice Daawa. Our activities included attending and organizing events for “Bridges Foundation” in Alexandria, “she says.

In those years, she learnt how to present Islam and how to refute misconceptions about Islam. The team was conducting meetings with students and professors in exchange programs by Fulbright Foundation, and leading conversations about Islam. They were also meeting university students coming to visit the Library of Alexandria, interested in exploring cultures and religions. The team also involved in online forums, where they had a series of sessions about Islam with high-school students and their teacher in the US.

As a student in the German University in Cairo till year 2012, she had the opportunity to speak to some Germans about Islam and answer their questions. In 2012, she attended the course “How to Debate an Apostate” by Fadel Soliman. Now Yomna is living in Canada since 2014. She has become a member of the MCE (Muslim Community in Edmonton) Daawa Committee, where she is teaching new converts through the “Muslim Buddy” Program.

Yomna is a member of the MSA (Muslim Student Association) out-reach team at the University of Alberta, where they are conducting Dawaa on-campus, also a new member of the MAC (Muslim Association in Canada) Dawaa team, a teacher at the MCE (Muslim Community in Edmonton) Saturday School of the most Noble Quran at Intermediate Level and Islamic Studies. She is a leader of the “Girls Club” at MAC Learning Centre, where she gives lectures on Islam, dawaa trainings , involving herself and others in charity events.
Contact Youmna :yomna@bridges-foundation.org